For the week of #AVLJ20: Fight & Build week of events, we will be showing the new short Trouble documentary, #9 on the 2012 Student Strikes in Quebec. Following a short discussion. For location email; insurrectionaryyouthfront@riseup,net 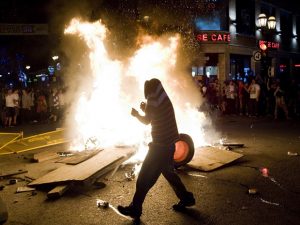 In this 50th anniversary of the global uprisings of 1968, subMedia pays homage to the insurgent youth who helped kick things off a half-century ago by taking a look at some contemporary student-led movements that are still tearing things up around the world. In this month’s episode of Trouble, the first of a two-part series on radical student movements, sub.Media talks to a number of current and former student organizers from so-called Puerto Rico, Quebec and Chile as they share their experiences from the high-points of past struggles and provide hard-fought lessons that can help prepare a new generation for the battles to come.